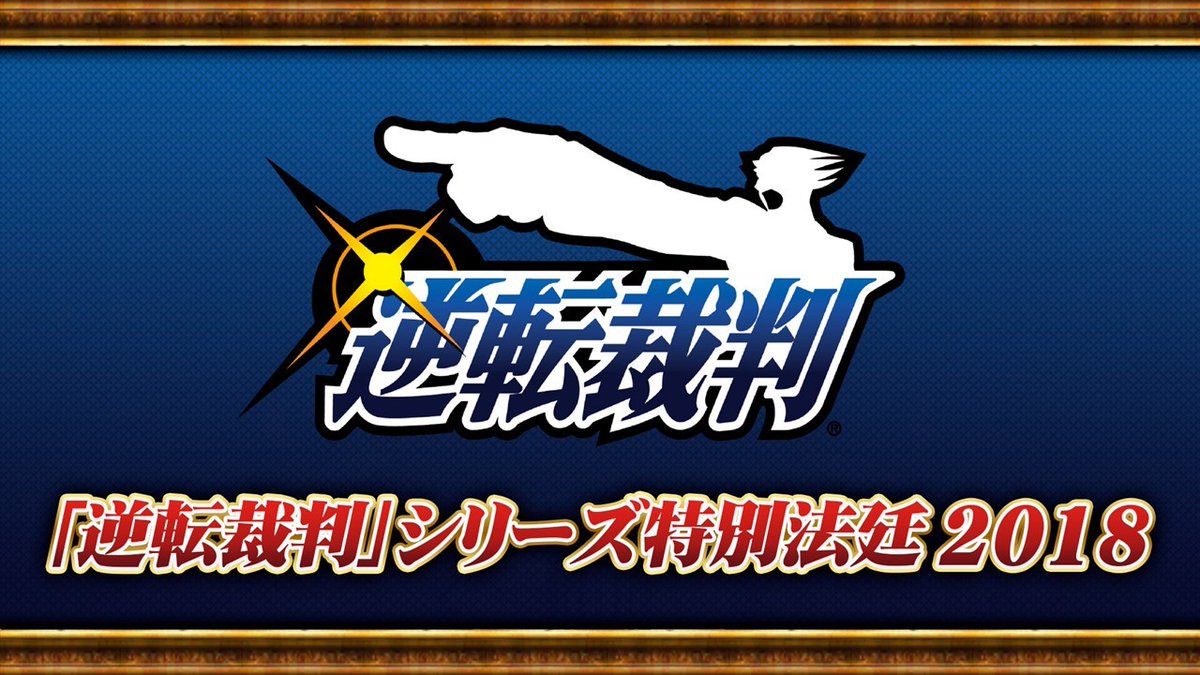 The first Tokyo Game Show Ace Attorney Panel has finished airing, and you can watch it all here. Even if it wasn't quite what some fans hoped for, there were still a number of announcements.

The biggest one was the announcement of a new Ace Attorney Trilogy port, with updated graphics and UI. The game will be released worldwide on PS4, Xbox One, Switch and Steam in early 2019. Our post on the port, with trailers and screenshots is here.

A new trailer for the anime's second series, as well as a companion manga were also announced. You can find the new trailer at about 21 minutes into the conference, and we'll post it separately when it becomes available.

Capcom also announced a new orchestral concert to be held on March 30th 2019. Tickets will become available on November 24th.

And of course, we also can't forget the Dai Gyakuten Saiban themed credit card that was also announced for Japan...