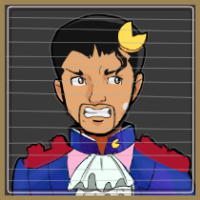 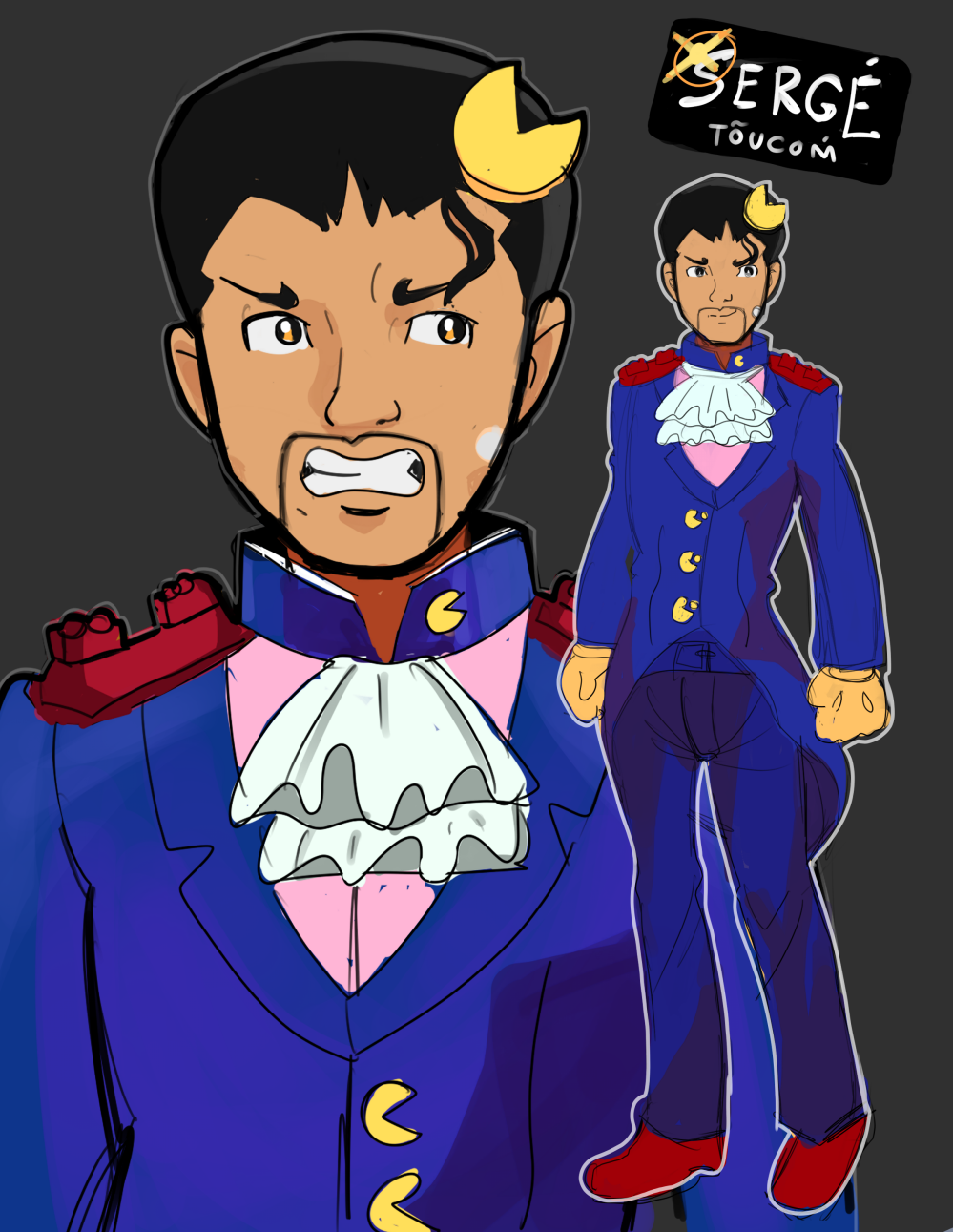 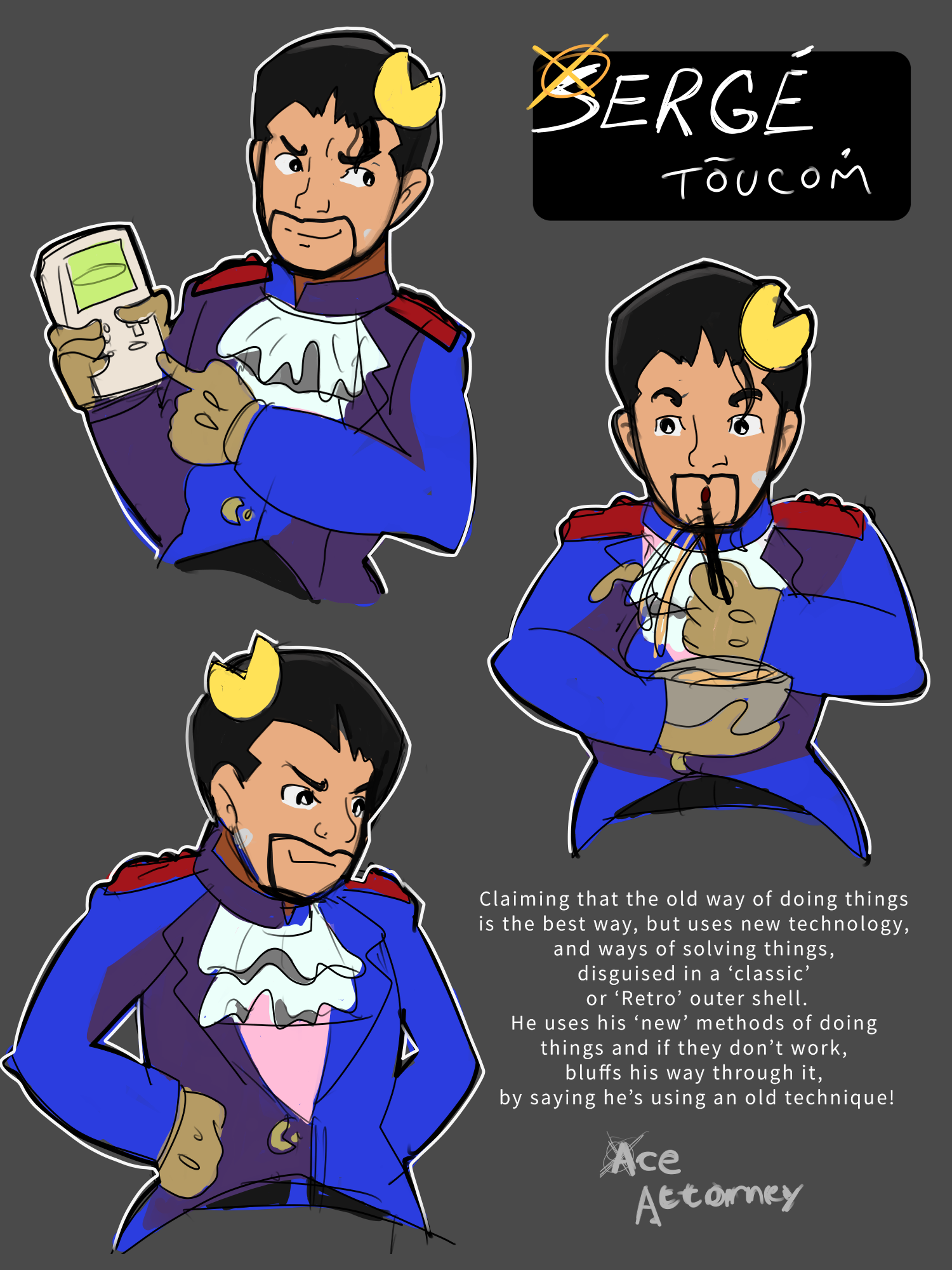 Brief Physical Description: Black hair/ Brown Eyes/ Nike Tick Eyebrows? His curl inspired by a (famous musician.) He is a product of retro video games. So is decked out in Pac-Man icons for buttons, and a fine-tooth comb! Lego shoulder pads to prove he can create just about anything from scratch, and re-build. His prosecutor suit is based off (Movie Usher) designs. Showing that he likes to show people to their seat. Also, some could say he has a ‘Klonoa’ appearance!

Brief Personality Description: Mr. Sergé Tõucóm (Pronounced - ‘Sir-Jai. Too-Com’) - Like a surge of lightning or energy! A mix of the persona of Toucan birds, and Capcom, the video-game developer/company. Opposite of Phoenix Wright, Sergé bluffs when he knows he’s right (or telling the truth) to cause more confusion. (For example: deceives people into thinking that 'his own' evidence or information is fake. For them to wonder round in circles, just to feed his own ego. To make himself seem like he is LESS clever than he actually is! Masks new technology with older looking devices, For example carries around a Game-Boy looking device, but has re-wired its technology, and that’s where he writes notes and stores evidence.

Connection to canon characters: Sergé Toucom pretends he knows people that he actually doesn’t know! and also pretends to not know people he 'does' know. So whether he has had a past or present connection with the ace Attorney cannon characters, remains unknown. To the viewer.

Brief Background: Studied law in Great Britain, and studied Japanese in Japan. Before becoming a lawyer Sergé studied game design, with the intention of making video games, he found out that his talent lies in knowing the ins and outs of how something is designed or how it came came about. Wanting to have everything in control. By being a prosecutor he messes with people comedically , sarcastically, dissecting thoughts and evidence comparing it to coding and programming. His musician side gives him that little bit more character, finding himself singing and daydreaming.