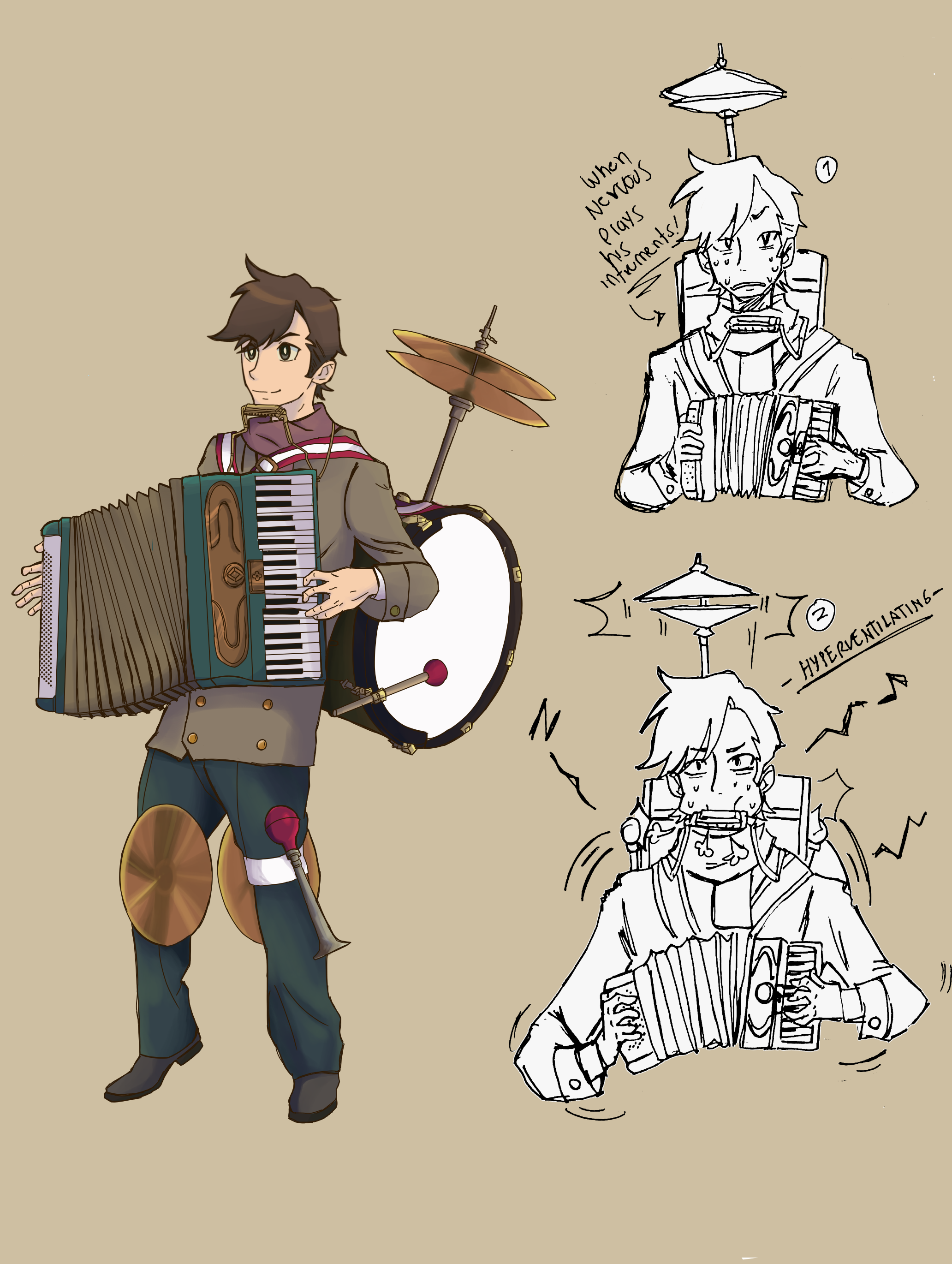 Entrant's Name:Luby
Entrant's Website (optional):https://twitter.com/gegegeluby
(my description might be short in a few things since my english its not that good )
Character's Name: Orkes wanman
Age: 27
Occupation: One man band

Brief Physical Description: a tall man with brown hair & eyes,he always wears a scarf and tends to wear simple clothes since he doesn't make a lot of money with his current job but he likes to always bring with him his intruments wherever he goes, he is rarely seen without them.

Brief Personality Description: a kind man with bad luck that tends to be in the wrong place at the wrong time,despite his not so good luck he is a positive man that lives for his "public" calling himself the best one man band of all england even tho he is positive sometimes he can get nervous in situations of high stress and can't help but play his instruments without notice how noisy and annoying this can be to other people around.
Connection to canon characters (if applicable): A friend of sherlock holmes,they became sort of friends after an investigation the detective was working on,thanks to orkes bad luck he was involved in a crime scene so he played the role of witness.

Brief Background: he was born in a poor family so he couldn't never study started working at the age of 15 as a newspaper boy and didn't care his parents couldn't never give him the style of life they wanted for him, after a few years both of his parents passed away but left for the young boy many instruments since he dreamed to become a one man band since kid after watching one,Thanks to both he could finally achieve his dream,whenever you hear music that can cheer up your mood that's orkes big concert.

Trivia: his name is a pun of One man from one band man
and orchestra