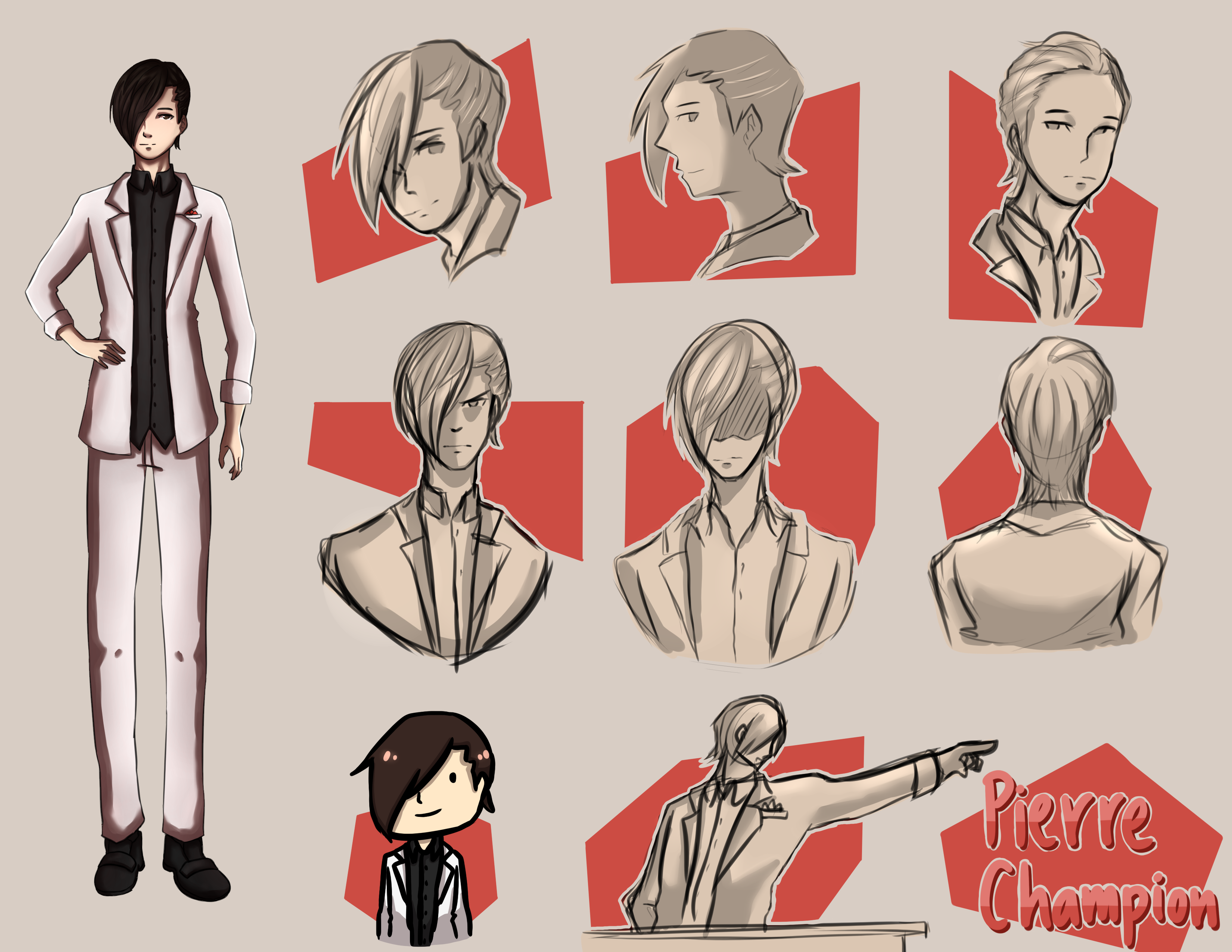 Brief Personality Description: He acts cool when around cameras or his fans, and takes on a more joking tone when around close friends. He enjoys being the center of attention.

Brief Background: As a child, Pierre lived in a poor neighborhood. An aspiring actor, he managed to land a role in a popular tv show at age ten, and promptly moved to a better area, leaving his childhood friend behind in the process. His career only grew from there, as he became a very popular actor. However, when he was given an offer to partake in a reality tv show featuring court cases, he went to college and studied law, eventually becoming a prosecutor. The series, which depicted Pierre prosecuting various court cases, became an international success. However, it led him to have a chance encounter with his childhood friend, who had become a defense attorney.