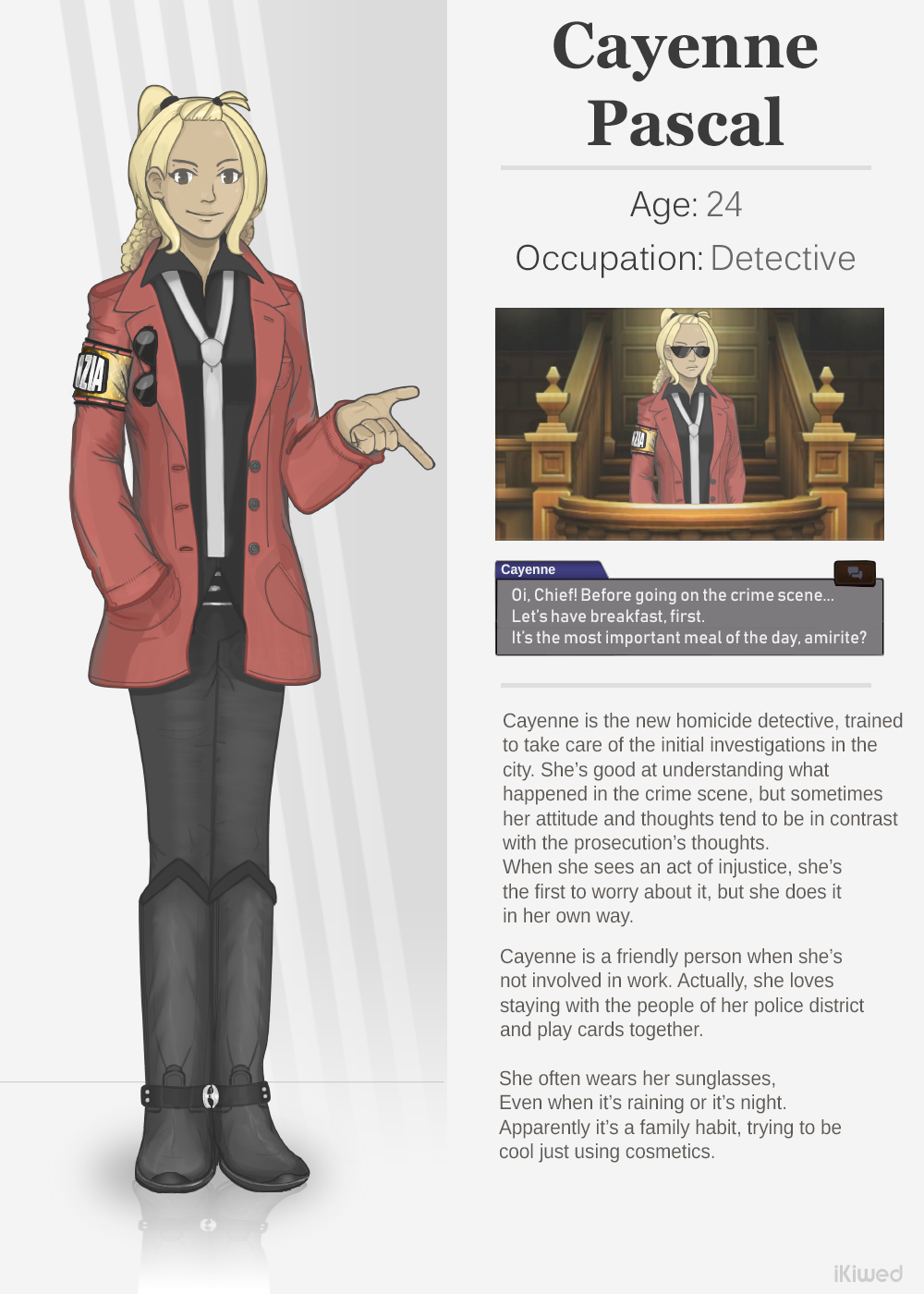 Young woman with olive skin and blonde, long hair: The tip of the hair is curly.
Brown eyes with a mole between the right eye and the right eyebrow.

Two black rubber bands for the hair.
Red coat with a band in her right arm, written "Polizia" (Police in Italian).
Black sunglasses attached to the coat.
Black shirt with silver (color) tie, without tip.
Black jeans with belt and black boots

Usually she's a kind person to those who needs help, but can easily get irratated if someone bothered her.
She has confidence with her superiors, and has a high esteem for them. But despite that, she doesn't pull any punches, and says whatever she thinks.
Anyone from the police district is considered as part of the family for her. If the district recruits a new member, she wants to make sure the new member understands that the district isn't a place for everyone.
Even if she likes staying with people together and play cards, she also likes investigating alone. She tends to work slower, and can't follow the rhythm of the other detectives.

◊ Brief Background: ▼
Cayenne's brother helped her to find a job as police officer in the police department. The more she worked, the more she wanted to help the others.
Being a detective isn't her dream job, but she didn't care. She just wanted a job to help the others. At least, at the beginning.
Even if she loves the police district, something has changed, and she's still fighting this doubtful thought in her head.

× Cayenne is a reference to Cayenne pepper and her salty attitude, plus the color "red" of the coat is a resemblance of the pepper.
• The red coat is actually inspired by Koichi Zenigata from "Lupin III: The Italian Adventure".
× The surname "Pascal" comes from the book "The Late Mattia Pascal" by Luigi Pirandello.
• The sunglasses weren't part of her design, but introduced later when I was doing some sprites of her brother, and found funny to add something to relate these 2 characters.